If you want to search beyond our library catalogue, please login or register for new member.

STORIES OF MY BELOVED PROPHET MUHAMMAD SAW FOR KIDS 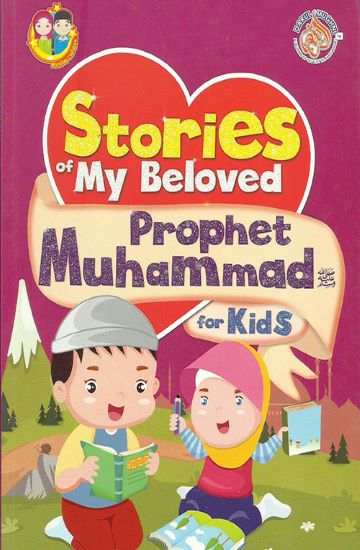 The era of jahiliah is the era which existed before the establishment of Islam. It was the era filled with sins, crimes, unfairness and chaos. Due to living in great sorrow, people were anxiously waiting for the arrival of the last prophet, expecting him to bring benefits and blessings to all. The news of the ascend of the last prophet was mentioned in all the holly books. The holy prophet was born in the month of Rabiulawal in the City of Makkah. He was sent to all the people of the world of mercy. "Stories of My Beloved Propehet Muhammad SAW for kids" tells the heart-melting events of Prophet Muhammad's life (from before has was born till he died), every piece of information is accompanied by the source of reference. The aim of this book is to able the readers to know Prophet Muhammad better and hence to love him the way Allah loves him.